We’ve compiled some quotes to keep you inspired, motivated and pursuing your goals…

“Be who you are and say what you feel, because those who mind don’t matter and those who matter don’t mind.” —Dr. Seuss

“This too, shall pass.” —Anonymous

“Keep your eyes on the stars and your feet on the ground.” —Theodore Roosevelt

“The only person you should try to be better than is the person you were yesterday.” —Anonymous

“Never be bullied into silence. Never allow yourself to be made a victim. Accept no one’s definition of your life; define yourself.” —Harvey Fierstein

“Faith is the art of holding on to things your reason has once accepted, in spite of your changing moods.” –C.S. Lewis

“A man who flies from his fear may find that he has only taken a shortcut to meet it.” —Sador, Children of Húrin

“Life’s too mysterious to take too serious.” —Mary Engelbreit

“No one can make you feel inferior without your consent.” —Eleanor Roosevelt

“The woman who follows the crowd will usually go no further than the crowd. The woman who walks alone is likely to find herself in places no one has been before.” —Albert Einstein

“There isn’t a way things should be. There’s just what happens, and what we do.” —Terry Pratchett, A Hat Full of Sky

“It’s OK to not be OK, as long as you don’t stay that way.” —Anonymous

“I can be changed by what happens to me but I refuse to be reduced by it.” —Maya Angelou

“Believe you can and you’re halfway there.” —T. Roosevelt

“Nothing in life is to be feared; it is only to be understood. Now is the time to understand more so that we may fear less.” —Marie Curie

“Those who don’t believe in magic will never find it.” —Roald Dahl

“There is no elevator to success — you have to take the stairs.” —Anonymous

“Plant your garden and decorate your own soul, instead of waiting for someone to bring you flowers.” —Jose Luis Borges

“It does not do to dwell on dreams and forget to live.” —Albus Dumbledore

“Do what you feel in your heart to be right, for you’ll be criticized anyway.” —Eleanor Roosevelt.

“Do not set yourself on fire in order to keep others warm.” –Anonymous

“It’s supposed to be hard. If it were easy, everyone would do it.” —Jimmy Dugan, A League of Their Own

“Ask yourself if what you’re doing today will get you closer to where you want to be tomorrow.” —Anonymous

“Life may not be the party we hoped for, but while we’re here, we should dance.” —Anonymous

“Do not go where the path may lead, go instead where there is no path and leave a trail.” —Ralph Waldo Emerson

“In 20 years, you probably won’t even remember this.” –Anonymous

“Love all, trust a few, do wrong to none.” –William Shakespeare

“We are what we repeatedly do. Excellence, then, is not an act, but a habit.” —Aristotle 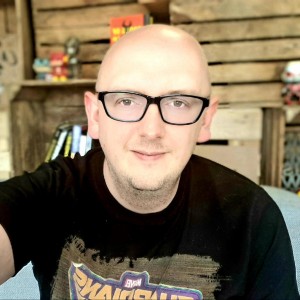 My application to be on The Apprentice TV Series

Years ago, I applied to be on the British TV Reality series The Apprentice. I was in my early twenties and I fancied myself as

3 ways Snapchat is changing the way you reach your customers.

So for those of you who haven’t heard (where have you been?) Snapchat is a social network which is exploding right now. It’s the place

What I have learned about debt

Having been through the mill of having the shackles of debt. I thought I would write-up my experiences of debt so that it will give